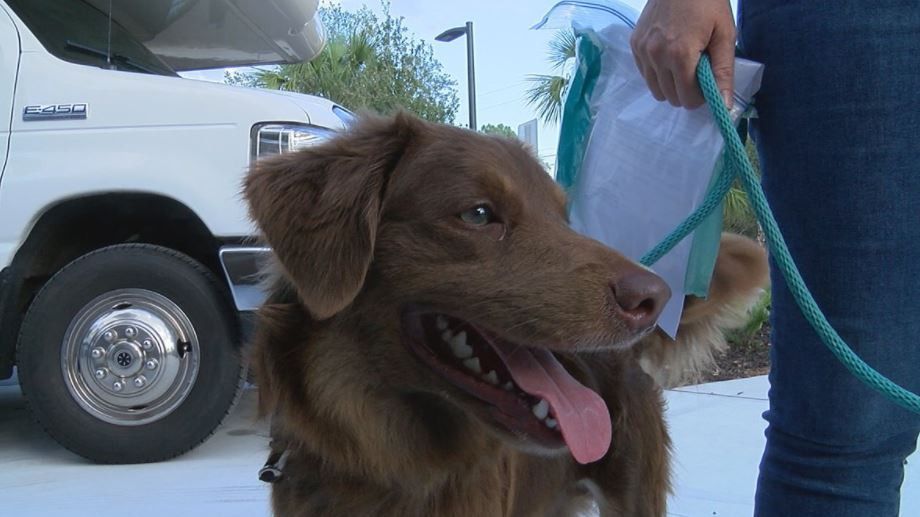 SARASOTA, Fla. (WWSB) - In the aftermath of Hurricane Ida, the Humane Society of Sarasota County is aiding animal shelters in Louisiana whose facilities were damaged by the Category 4 storm.

The Humane Society has made room to prepare for at least 20 dogs that arrived on a chartered flight on Saturday. The animals came from shelters in Louisiana that were ravaged by the storm and are left without power or air conditioning, making it almost impossible to care for animals that lost their homes in the storm.

"We're just reaching out to our neighbors on the Gulf Coast and doing what we can to help," said Executive Director Anna Gonce.

Gonce said being able to give these dogs a second chance is something she takes pride in.

"It feels really good to be able to make space for these guys knowing that they are freeing up a kennel for a dog or a cat that is being rescued out of the flood zones right now," said Gonce.

"We are grateful to have the space and resources right now to help these animals," said Gonce. "Those of us on the Gulf Coast have to support each other. The next time, it could be us asking for help."

Those dogs couldn't have made it this without a little help on the way.

Laura Taylor is the owner of Loving Friends Transport, with over 10 years of experience under her belt, she said once she got that call she knew lives were on the line.

"They asked me if I could come and meet the airplane at Fort Lauderdale and pick up some evacuees from the Louisiana hurricane," said Taylor. "These dogs were gonna be euthanized because of all the evacuees coming in due to the hurricane."

Taylor said after dropping the dogs off here in Sarasota she said she knows they're in good hands.

"Bringing them here to the Humane Society of Sarasota County because I get to see them adopted I get to see their adoption photos and know that that animal would've died if I would've left it behind and now its got a family," said Taylor.

Humane Society of Sarasota County matches up pets ...
More than 80 cats and dogs from storm-weary Louisi...